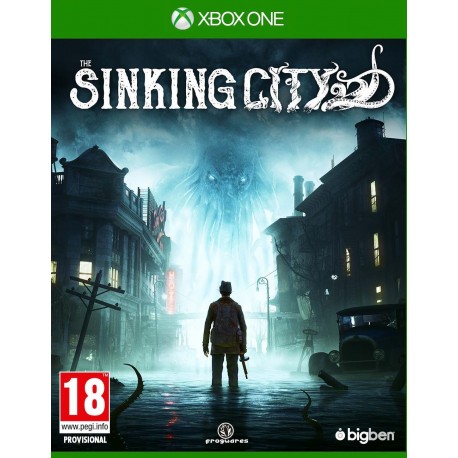 The Sinking City is an open world insane adventure and investigation game that brings you an underwater horror story to be remembered. The master of horror, the H.P. Lovecraft has created yet another mysterious adventure that will make you curious and scared at the same time, all in a good and productive kind of way.

Oakmont city is partially underwater and you are an investigator role in finding out what unnatural forces have done this massive destruction and, of course, you are the one who has to solve the puzzles, discover mysteries and take on terrifying challenges to save what's left.

Something extremely weird has taken the minds of the people of Oakland and the madness looks a lot like an evil force has possessed people and stolen their ability to be rational. The feeling that you get when someone close to you loses their mind is beautifully put in the storyline of The Sinking City. You try to understand, you try to make sense of what they are saying, but all that you get is irrational verbalization of unclear thoughts and impulsive and aggressive actions that can and will try to hurt you if you do not leave. You are then presented with two options, either fight or run away because you are facing danger, but you tend to keep trying the third losing one, the option in which you try to make sense of insanity and try to understand or find explanations for what is happening or what has happened. The sad news is that in the case of pure psychosis, neither logic or unconditional love can make a difference, so in The Sinking City your only option is to fight all enemies that come along or you are dead.

You can explore the world on foot, by boat or swimming in a diving suit, and you have an amazing vintage arsenal of weapons with which you can fight the creatures of the night.