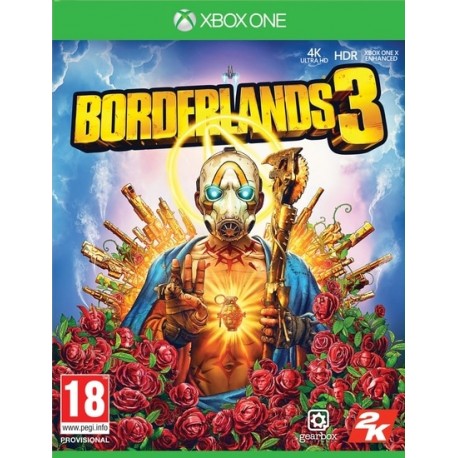 Borderlands: The Handsome Collection Xbox Series X|S & Xbox One Game gives you a two in one opportunity to experience the maniacal side of Pandora and its moon in a single-player shooter and an RPG shooter both from the same storyline. You can play in multiplayer mode up to four players on the same screen or go for it solo to taste the Borderlands sequence in its entire grandiose display of hundreds of hours of play.

Be a part of Handsome Jack's rise from a normal person trying to do good and keep a close eye on his transformation into a maniacal narcissistic tyrant, obsessed by power, wealth and superiority. This is the story we all know so well and we have even seen it dozens of times in real life. It is not a general rule, some people remain good no matter their wealth, but others tend to change into unrecognizable evil persons.

As in the Stanford experiment performed by famous Zimbardo, it is not about the bad apples in the barrel, but it surely is about some potentially bad apples that we all are, put in the bad barrel. The normal, and so far from insanity persons, became intentionally evil and harmful regarding others when presented with power and signs of power. Nothing else would matter, it would all be for proving their superiority and power over others, nevertheless being almost equal.

Is Handsome Jack a bad apple, or just the circumstances in which he is put make him change into this maleficent character? Go ahead and chase him into restoring the power and name of the four real Vault Hunters. You are now in charge of taking down this villain that has already done so much harm and will continue to in the director position he's now in.