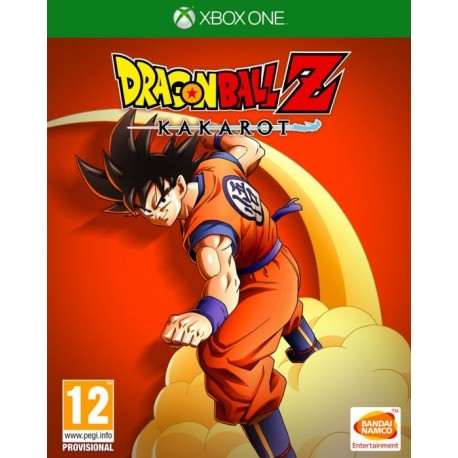 Dargon Ball Z: Kakarot is a semi-open anime action role-playing video game developed by Cyber Connect2 and released on 17 January 2020 by Bandai Namco Entertainment for PlayStation 4, Xbox Series X|S & Xbox One One, and Microsoft Windows. Kakarot is a combination of arena combat and role-playing gaming, which narrative-wise includes many of the most memorable events of the series, a retrospective of the popular anime saga.
Kakarot differentiates itself from the previous games of the franchise by emphasizing the role-playing part of the game, where its predecessors rather focused on fighting. In the past games, the story was followed only through cutscenes. In Kakarot, for the first time, players can interact with the characters of the main story and do more than fighting the adversaries in the Dragon Ball world. Kakarot is an impressive character-driven video game anchored in the fascinating anime world of Dragon Ball.
The main hero of the Dragon Ball Z series is Goku, the defender of the planet Earth and the informal leader of the Z-Fighters, also known as the Z Warriors, or Earth’s Special Forces, a group of fighters on Earth. Besides Goku, players will have the chance to play several other characters that are unlocked as they progress through the main story. There are seven playable characters in Kakarot: Goku, Vegeta, Piccolo, Gohan, Gotenks, Future Trunks, and Vegito. Alongside the main characters, players may pick out another two supporting ones to help them in their endeavor.
It is interesting how Kakarot manages to deliver in a single game a briefed history of the entire Dragon Ball world, particularly attractive to newcomers. Players will witness the development of many of its beloved characters. For example, they will be present when Vegeta will call for the first time Bulma by her own name and not only “women”; or when Piccolo is training Gohan. Players have many things to do in Kakarot: navigate the semi-open world, interact with the world and its characters, progress through the main story, or go on side quests, and of course fight.
The combat is simple and similar to past games, with one button for combos, punches, and kicks, another for blocking, yet another for energy blasts, and the last one for dodging. In time, players scale-up in skills and gain new super abilities. There are melee attacks, Ki blasts, Super Attacks, Super Attack Assists, and Transformation, that has to be unlocked. Each character has many Super Attacks and transformations, and the supporting characters have their own skills too. The combat options are unlocked through training battles. When fighting, players will have to watch their energy source or their Ki. Battles occur in real-time, and the Ki recharges automatically. Harder fights, like boss fights, require some strategy, but overall the fighting is straightforward in this game title.
Dragon Ball Z: Kakarot was created for a specific audience: fans of anime and manga. It is certain that the diehard fans of the series will be thrilled with the game. However, Dragon Ball Z is a global phenomenon, and Kakarot may be the best starting point for newcomers to jump on the bandwagon. Kakarot is an enjoyable video game for both the new fans of the series and veterans alike.