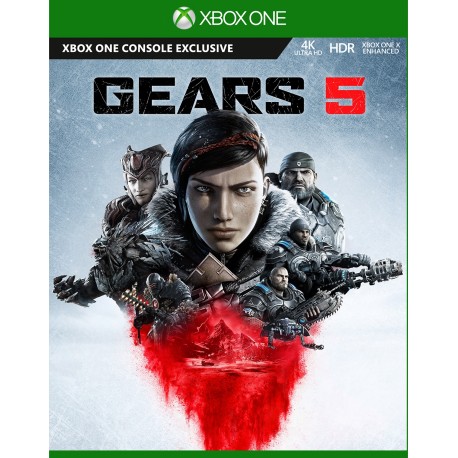 The epic saga is now here again with Gears 5, the exclusive action shooter game that will amaze you once again! War breaks out again against creatures of the past and of the future and Kait Diaz is in a challenge bigger than he can admit. He has a mission to save Sera and identify her connections to the enemy. The enormous danger that he discovers is the fact that mother Sera is a danger to herself and is about to exterminate all the inhabitants with no right to call.

The truth that has been projected in this mystery shooter, besides the fantastic experience with amazing creatures as enemies and fabulous skills and character improvements you can make is the metaphor in the back of the storyline.

You may not be exactly interested in the story and the development of the intrigue, but the truth is that the creators had a whole meaning in their minds when putting the basis of the narrative that you are now living and playing. The fact that Sera turns out to have so many infiltrated creatures and so many monsters that live in her and now do harm wherever and keep the war in flames is just a mere symptom of the true reason of the disequilibrium Sera is living.

The thing that Kait Diaz comes to realize is that the truest reason Sera has all these malefic manifestations is herself indeed. The basic root of all apparent evil we see around lies in the inside of the people doing in, in tension and lack of balance that makes all behaviors manifest and triggers the bad and shows only that. Only when the hero finds the true root of the evil can the war come to an end, and that, my friends is a really hard thing to do.  Engaged in the battle with the monsters that we can see, we forget the monsters that we do not see and are hidden in closets or under our beds and do harm without us knowing what they look like.