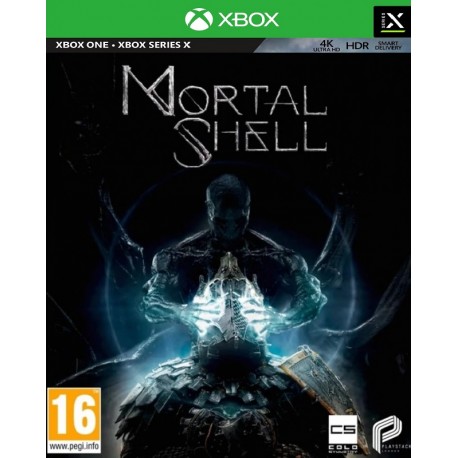 If you are looking for a ruthless, deep action RPG that will test out your sanity and resourcefulness in a destroyed and suffering world. Well, Mortal Shell is the game for you, As what is left of the human race withers and dies, while zealous enemies fester in the ruins, they will spare no one and show no mercy to anyone. Your hopes of survival depend on your superior reactions, precision and exceptional instincts. Track down the hidden sanctums of the devout followers and discover your true purpose. Enjoy the fantastic way to play the award-winning Mortal shell. Unbeatable 60fps gameplay, 4K resolution and ultra-high textural qualities. Possess lost warriors, collect the fallen bodies of lost warriors as you discover and awaken these Mortal Shells, you can possess their remains and then master their individual styles of combat. As Iron Sharpens Iron, combat gameplay is strategic, deliberate and totally unforgiving, raise your sword only at the suitable moment as you face formidable foes that guard your path, these adversaries are devoted to arcane gods, and look upon monsters that are both ugly and wretched and use all your courage to face and defeat them.

Rotting Ruins of What Once Was a Great Kingdom
The protagonist and main character of the plot which you will play throughout the game is called The Foundling, without a face or a voice, you are more like a spirit or a ghost-like being, who journeys from his otherworldly home somewhere on the astral plane to the world of Fallgrim, a now devastated and rotting ruins of what once was a kingdom. On your journey, you will encounter a variety of enigmatic characters that love to tell you ominous or cryptic messages about the rapid decline of the lands and the army of devout idol-worshipping zealots that now stalk the land, who have just one intention, that is killing you. In your spiritual body, you are no match for these merciless foes as they have the power to strike you down with just one powerful blow. As the name of the game suggests, to have any chance of surviving you must find and then possess the corpses of fallen once great warriors, whose skills and abilities are transferred to you and once mastered will become yours to control.

A Great Way to Get Past the Defences of Your Foe
Like with most of the RPG hack and slash Souls-Like games, Mortal shell has the usual parry, dodge, block, and defensive moves that seem to have become the standard throughout the genre, but then Mortal Shell throws in its own fascinating feature with a manoeuvre called harden when it is timed correctly just as an incoming blow is about to hit, you can turn the shell that you have taken possession of into stone so that strikes just bounce off you, it is a great way to get past the defences of your foe to then land a devastating blow on them, with the boss battles it is vital to avoid being destroyed before you can get anywhere near your enemy. Mortal Shell consists of a beautifully strange world that is populated by fascinating characters for you to interact with, the Familiarity system makes you utilize the items that you collect instead of building up a stockpile and your curiosity is well received and encourages you to explore the surrounding areas. The combat adds original features to the Soul's Like experience and still manages to create new strategic possibilities. There is an adequate difference in the shells and weapons to give you the variation of gameplay you require.