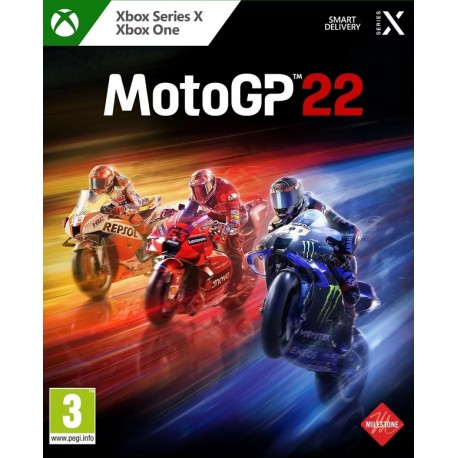 As probably the best racing franchise to hit the video game market by far, MotoGP by Milestone has a lot to live up to, the developers have year after year created an enjoyable, testing, and incredibly satisfying game, so the pressure was on this year to see if they can once again fulfill the high expectations of its fans and bring us something new, authentic and exciting. Well, the short answer is yes, MotoGP 22 lives up to all of my high expectations, as well as making the game more accessible to virgins of this superior quality racing SIM, they have made a few vital additions to the game that was top of the charts in 2021, the graphics have been upgraded to next-gen levels, the handling has been tweaked to give you more control of your machine and new Modes have been introduced that enhances the whole experience considerably.

Reach the Pinnacle of Two Wheel Racing That is MotoGP
Prepare yourself for the new 2022 world championship season covering all three MotoGP classes, begin your assent from MotoGP 3 easing into the game, allowing you to build up experience with more controllable seasons that can be reduced to reduce the time that you need to take the next step to MotoGP 2 where you will immediately notice the increase in power and speed as each level advances until you reach the pinnacle of two-wheel racing that is MotoGP, the contrast from each category is quite dramatic, but will guide you to become more competitive as you progress. There is also a series of tutorials to bring you up to speed as you become accustomed to the handling, braking, and cornering, also they have introduced a load of assists which once again make it easier for the novice to stay on track and on his bike, which is no mean feat.

New Effects That Really Bring Home How Rapid You Can Go
With over 120 riders that compete in the various categories for 2022 and over 70 of the best iconic champions to grace the World Championships, racing on the 20-plus official tracks that will host all the races throughout the 2022 series you will be able to realistically indulge yourself in the theatre and drama that surrounds MotoGP 2022, whether it is through Time Trials that give you the sensation of speed with new effects that brings home how rapid you can go or Career Mode where you can develop your unique riding style, or facing the challenges that make the ultimate Nine Mode so exciting, Classic riders on classic bikes racing over the 17 events that made up the sensational 2009 season, who can forget how possibly the greatest rider ever, Valentino Rossi fought off the likes of, Dani Pedrosa, Jorge Lorenzo, and Casey Stoner as he battled to victory in what must have been the most memorable season ever. Set as a documentary that you can interact with by completing various challenges, it is good enough to watch just as a piece of motorsport history, while being able to take part in it is a bonus.