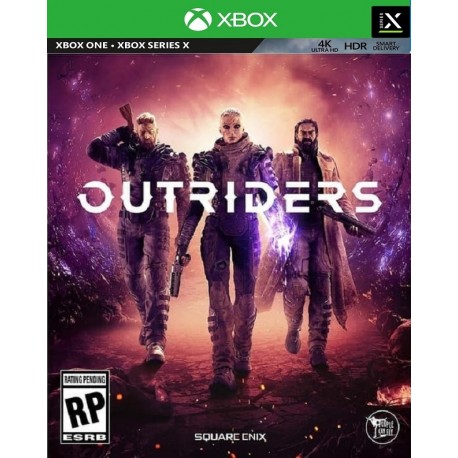 From People Can Fly, the developers of Bulletstorm, have now brought us a co-op-focused sci-fi first-person shooter like no other that you have ever experienced. As mankind is threatened by the war that has devastated Enoch, you can create your very own Outrider and set off to traverse a dangerous planet. The intense storyline covers a world of variety from the slums and shantytowns of First City, across lush green forests, scale craggy mountains, and journey across arid deserts to discover where the mysterious signal is coming from. Outriders combines fierce gunplay with brutal powers and an arsenal of ever-increasing, warped weapons, and gear sets, People Can Fly has produced a game with hours of great gameplay that adds its reputation as the best First-Person Shooter developer in the gaming world.

Choose one of the Four Different Classes
The game starts, and immediately you will have to choose one of the four different classes of protagonists as your character, They are, the Trickster who likes to jump into the middle of the battle and slowing, or stunning his targets and then disappearing as quickly as he arrived, the Technomancer is all about ranged attacks using modern weaponry or tools to create choke points and blast away at enemies that are taking cover, the Devastator is a like an armored vehicle that charges into battle with total abandon and finally the Pyromancer who uses fire to obliterate his foes, each of the classes has eight individual powers to choose from, three of which can be used at any time and can be changed out at any time, plus a massive skill tree that can be customized at will once you reach max levels, it will add passive upgrades to your character such as a health bonus or by boosting some of your special powers.

A Classic First-Person Shooter
As a classic First-Person Shooter, you get to do all the things that have become synonymous with the genre, dodge, shoot, block, take cover, blind fire, run, melee, etc. There is an added special aspect that makes Outriders stand out from the competition, it is the variety of special powers that you can use to target your enemies, each one of the main characters has his own individual set of abilities so if you want close-range attacks like a tank, Stand your ground, Hit and Run or Space-Time then choose Devastator or Trickster, Pyromancer handles Medium Range with Conjurer and Fire, and as I said earlier technomancer gives you long-range options such as Support and Gadgets. Unlike most other games though your powers are not just supplementary to your weapons in this game, combining both to cause the maximum damage is essential, Stun your enemies then blast them with your pump-action shotgun or suppress your targets then use Space-Time to boost your armor while getting up close and personal you decide your playing style.

Original, Standout First-Person Shooter
The game is unique in its appeal, Outriders is an original, standout First-Person Shooter that can be quite addictive. Its innovation is rare in modern games as it put the onus on combining your abilities to create the perfect outcome, add to that the fantastic plotline and realistic characters that are brought to life by some great voice acting. Both consoles have fantastic graphics that bring the cut scenes into the realm of cinematic to give you a five-star experience, this added to the addictive gameplay gives you a game that will surely be a hit with hardcore gamers and beginners alike and is well worth the money it costs.