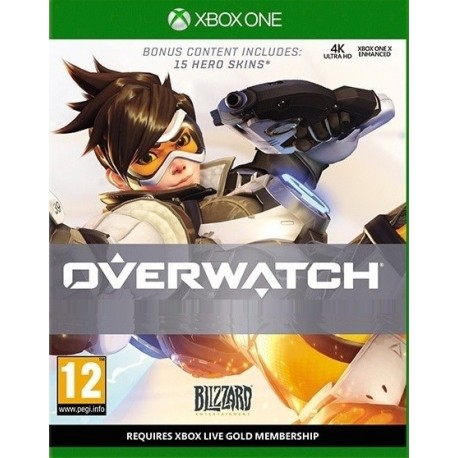 Just as in real life, Planet Earth is in high need of a hero figure and over 40 million players are already waiting for you to join them. As you step into the Overwatch universe, you can impersonate anyone you wish, taking a pick from a wide range of soldiers, scientists, adventurers, and oddities, and turning them into the real brave character they could never otherwise become.  Defy the laws of space and time, unleashing hell over your enemies and displaying a whole range of powers and weaponry. Stand tall in front of anyone you encounter and enjoy all this daydream throughout iconic locations all around the world, in the ultimate team-based shooter.

Push the pedal to the metal or pull the break where time is concerned. Call down the acid raid upon you in a futuristic armor suit. Haunt your victims just like a paid indestructible assassin, who can appear out of the blue or any other color. Under your sleeve, you’ve got infinite powers, such as Dragonstrike, Transcendence, and Graviton Surge. Each of the heroes has a unique set of mind-blowing game shifting abilities.

Any hero you may wish to choose has a full background and a real story behind their arrival. You may be a champion of a long-lost age, swaying his rocket hammer in the name of honor, a machine head priest, fighting to make peace with the human race, a lab-engineered gorilla who turns into a mad genius scientist and the list goes on and on.

Protect Tomorrow with your army

Collaboration is a must like the best chance for survival is had within a team. Your abilities to choose and coordinate your comrades will shift the balance between victory and defeat. Combining the various mega powers your team shares could and should result in devastating effects upon your opponents.

Nobody likes a predictable life partner or scenario. So destroy dullness and paint the greys with a sudden change of heart, by switching your hero. Nevertheless, keep in mind that your opponents are allowed the same tricks. So keep being a leader, not a follower and build your self-confidence by never offering what is expected of you.

You cannot and should not miss it

Overwatch is a unique kind of game that keeps you on your toes, while also relaxing the hell out of you. Its long and colorful list of multiple heroes with the fun and original array of deep stories, keep your brain alive and constantly alert. The unforgettable game triggers new waves of imagination and creates multiple reflexes while letting you feel free and infinite. It has been known to generate echoes of creativity and self-confidence way beyond that actual game itself while benefiting the real-life just as much as the online trip.