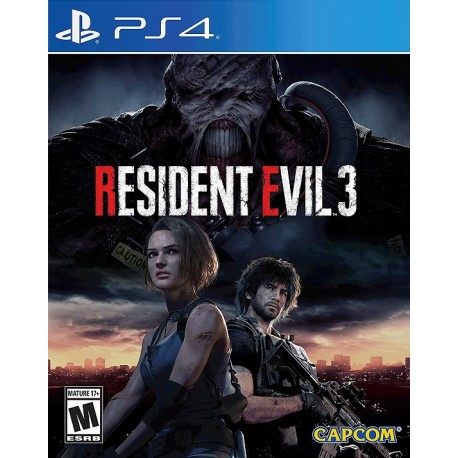 The remastering of the past
Initially born in the 90s, RESIDENT EVIL has done a very good job with reiterating the same glorious story of that killer horror game. Recapturing the tension that is built on Raccoon Island and the adrenaline that builds up while roaming around the city filled with monsters in order to complete the mission you were given has a nice touch of old and new blended together.
When you realize that elements of the past are really defining your present, you come to acknowledge that every step that you have made so far determines who you are and where you are today. It is odd though to see that some choices that you made are so relevant for the present that you feel like playing the 90s game but with all capabilities and pleasantries of 2020.
Maybe it is destiny, or maybe it is our mission in the word, but RESIDENT EVIL 3 is definitely the choice of horror that you have to pick when in search of something both oldish but in style nevertheless.
Gameplay
When it comes to the facilities of the action itself, RESIDENT EVIL 3 comes with more focus on what is really important. It has a bold approach and is less pointed on the puzzle-solving quests of past editions and more leaned towards action, shooting, and killing. The ammo is more abundant and the environments of Raccoon City are not as creepy and terrifying. The visuals overall are quite another confirmation that Capcom is doing a great job with all the futuristic details of combat and movement, so it gives an overall pleasant feeling of real when played.
If you wish to immerse in the lost island Raccoon and want to relive the story of Jill it is the best choice of game. RESIDENT EVIL 3 gives the incredible feeling of being ever threatened by something that appears to be undefeatable. Similar to what we are all living right now, the every-day threat follows us everywhere and we have to be precautious and fight at every step the monster danger that is about to kill Jill. What do you do? What are your strategies to win all the boss combats and what sacrifices are you willing to make in order to save your skin and complete your mission?
The amazing RESIDENT EVIL 3 provokes you to face your past and make use of all that your destiny has prepared for you. In the face of evil, you are bound to find all the resources you need and make the best of your life and of the mission on this planet.
Story
The protagonist Jill Valentine is faced with a more interesting threat that in the previous iterations of the game, called The Nemesis. It is a creature that has been designed to induce fear and use horror to kill, so Jill is on a mission to escape Raccoon City and find her way to her superior that has sent her in this dangerous adventure.
The plot is captivating, though not very different from the previous RESIDENT EVIL stories, but keeps the adrenaline pumping and is a must on your gaming shopping list.

Resident Evil 3 is a survival horror video game developed and published on 3 April 2020 by Capcom for PlayStation 4, Xbox One, and Microsoft Windows. It is a remake of the 1999’s video game Resident Evil 3: Nemesis. Resident Evil 3 also contains an online mode, Resident Evil: Resistance, besides the traditional single-player campaign mode. This is a great remake, faithful to its original, but with updated gameplay and graphics. It is attractive to all the fans of the genre, to those who played the original, as well as to the newcomers to the franchise.
Resident Evil 3 is simultaneously a prequel and a sequel of Resident Evil 2. The events in this remake happen before and after those of the second game. The main characters are Jill and Carlos, and players will play them both during the course of the game. It is worth mentioning they are in the same story, not separate stories as in Resident Evil 2. They have to survive a zombie apocalypse caused by a virus outbreak created by an evil corporation. The same company developed an intelligent bioweapon creature known as Nemesis. Players have to evade the Nemesis and get out of Raccoon City, the scene of the apocalypse. The characters of the story, especially Jill, are very likable, and even if players may figure out quickly the plot, it is still entertaining to play this zombie survival video game.
Between the original Resident Evil 3 and the Remake, there is a distance of no less than 20 years. Capcom did a masterful job keeping the mechanics and everything that worked well in the original game. However, the emphasis is now on the story, and as a result the number and quality of puzzles were downgraded. The interconnected zones from the original map were also abandoned in favor of a more linear approach. The focus on the story determined these changes and depending on how the players feel about them, chances are they will love more or less the new game. It is less adventure and more action-focused than before. You feel the presence of Nemesis because the A.I. is way better here, but the puzzles are very basic and the weapons and accessories are rather easy to find. The single-player adventure is rather short and the difficulty at best is medium. It provides more fluent gameplay, probably more in tune with our times.
The gunplay is satisfying and familiar to those who played the previous version. This is a more action-oriented video game than its predecessor is. There are more villains, more boss fights, and the redesigned Nemesis is entertaining to fight with. However, enemies are less threatening and now both our heroes are armed with their dodges. In addition, Carols has additional arms, including an assault rifle. Dodging well will bring players a free counter-attack opportunity.
The graphics and audio are very good and contribute to the apocalyptic atmosphere. The RE engine is without fault here and it is visible everywhere: in the zombie gore, or the lighting and textures. The sound effects have a great impact and emphasize tense moments. The voice of the characters is appropriate and the overall result is a tense horror atmosphere. Resident Evil 3 revamps an old classic and provides an amazing survival horror experience.