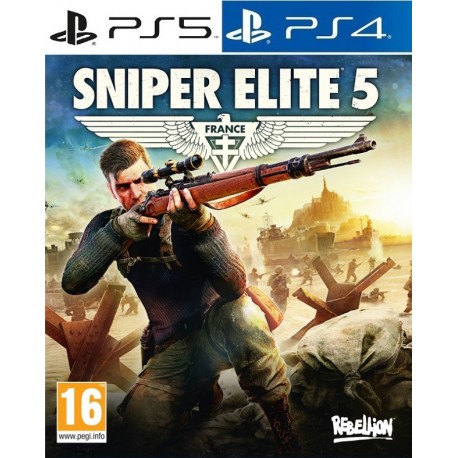 Hidden by a small wall, you crouch and wait for your target to be exposed, slowing your heart rate and keeping your breathing consistent you line up your shot taking into account all the various factors like distance and wind speed, you slowly squeeze the trigger on your specialized sniper rifle and let off a single shot that explodes on its trajectory past buildings and through bushes, bursting the skull of your victim in a mix of slow motion and x-ray vision, he drops like a stone, and it is mission accomplished. This is the tale of an expert marksman with the US rangers who have been covertly brought to occupied France to join up with a motley group of resistance fighters whose aim is to sabotage and cause mayhem across the Brittany coastline ahead of the planned Normandy invasion, but after the discovery of secret Nazi operation, with the codename operation Kraken that can rapidly swing the war in Germany's favor, you must take your impressive skills and focus them on a new mission that is paramount not only to the whole invasion but to the entire second world war.

Adding to the Incredible Sensation of Realism
Along with the engaging storyline are the Incredible stunning locations that are the largest that the franchise has ever produced, each of which has been creatively designed and beautifully portrayed, work your way around the fantastic settings and discover different entry points, vantage spots the best cover as you try to outwit the enemy by scaling vines and internal structures to attack from a direction which they will never think that you would be coming from, you can use zip lines to get in place or more importantly you can use them to escape, putting distance between you and your pursuers rapidly, the same goes for sliding down embankments and slopes if things come on top. Rebellion Developments have used a process called photogrammetry to completely recreate actual locations, thus adding to the incredible sensation of realism

The Hunter can Easily Become the Hunted
Whilst playing a typical Sniper game, how often have you wondered what it would be like if you could invite your mate to come along for the ride? Well, wonder no longer, Sniper Elite 5 has an advanced Co-op system that not only allows you and your compatriot to fight alongside each other, but also shares items like ammunition and medical supplies, and you can issue orders to your brother in arms making it a more coordinated attack. Throughout the map there are workbenches to adjust, customize and upgrade your weapons from scopes to larger magazines, nearly all of your rifles and the small arms that you carry can be altered in one way or another including your ammo. As well as brutal online multiplayer and survival modes, there is a brand new online feature to hit the franchise. Axis Invasions places you into the mission of another player, but you are not there to assist him, you join in as a Nazi soldier with one aim, take out the other dude playing as Karl Fairburne, I know that a lot of you are going to enjoy blowing away the ambitions of another bloke, but remember that the hunter can easily become the hunted with Sniper Elite 5 Axis Invasions.