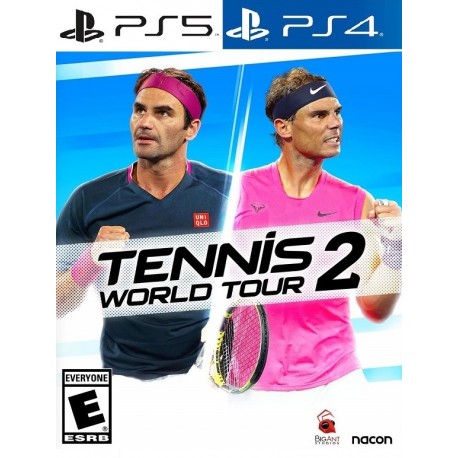 Either create your very own character or play as one of the world's greatest players as you try to dominate the official world rankings, the game is faster paced, with more detailed animations and so much more realism, experience what are the real sensations of professional tennis when you play in singles or doubles games against the AI or challenge your friends for a game locally or online.

Create Your Own Individual Player
For that quick fix of competitive tennis, I recommend if you want to get straight in to it, Exhibition Mode where singles and doubles matches can be played locally with up to three other players, the mode allows you to play as such tennis legends as Rodger Federer, Rafa Nadal, Andy Murray or Maria Sharapova or any of the other 44 professional players that are now available. For newcomers, there is a tennis School to hone your backhand and forehand skills in the training area that is full of testing ways to keep your skills sharp. The main focus of the game has to be the absorbing Career Mode, you can create your own individual player and set off on your quest to take him all the way to winning one of the grand slams, as you compete in a variety of testing events from exhibition matches to ranking tournaments, which increase in cost to participate in but that reward you for your success with greater winnings. As your reputation increases and your career gets more successful you can sign a new agent, new agents mean performance bonuses like increased strength or extra XP, just remember that more games will push up your fatigue meter and that can have a negative impact on your player, so it might be better to take some time off to keep yourself in perfect condition.

Bring the Fantastic World Renowned Stadia to Life
The gameplay consists of two shot types, Precision or Power, so as long as you get your player into position the racket swing is automatic then for a good precision shot you have to tap the button just as the ball gets closer or by holding the button down and the releasing it at the opportune moment unleashes a destructive smash or volley. The gameplay is quite realistic as you push your opponent from one side of the court to the other trying to get them out of position and force an error but like the secret of comedy the game is all about..... timing, all that hard work will be for nothing if you mistime a shot and give the advantage back to your competitor. The enhanced graphics and smooth gameplay bring the fantastic world renowned stadia to life, and you really feel like you have earned your place amongst the Tennis elite.