> The Last of Us Part II PS4 PS5
Reduced price! 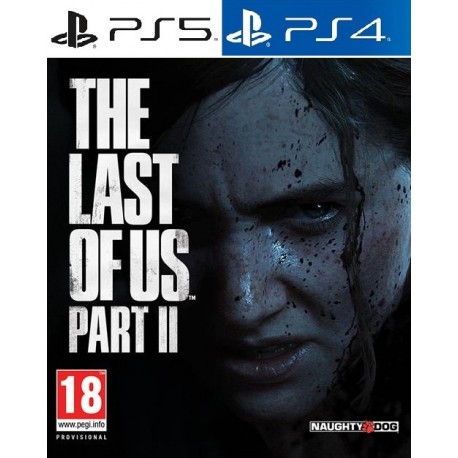 The Last of Us Part II PS4 PS5

Buy cheap The Last of Us Part II for PS4 & PS5. Cheapest price.

The Last of Us Part II PS4 PS5

The Last of Us Part II is an action-adventure survival horror video game developed by Naughty Dog and published on 19 June 2020 by Sony Interactive Entertainment for PlayStation 4. This was one of the most anticipated video games, after the huge success of the previous game of the series. The Last of Us, published in 2013 for PS3 and 2014 for PS4 & PS5, is one of the best-selling video games of all time with over 20 million units worldwide. It is also the recipient of multiple “Game of the Year” awards and generally regarded as one of the greatest games ever. As result, the bar was set very high for The Last of Us Part II, and we have to say from the very beginning that Naughty Dog comes out with a video game that is at least as good as the previous one, meeting and exceeding our high expectations.
The Last of Us Part II may be praised for its gameplay, visuals, sound design, but the narrative is probably one of the peak qualities of the game. Naughty Dog, after making history in 2013 with the depiction of a female character – Ellie, is making again the headlines breaking LGBTQ+ barriers featuring a gay character as the main hero of this video game – the returning character Ellie. Back in 2013, Ellie was in a supporting role, Joel being the main character. For those unfamiliar with the story, Joel is the father figure that transported Ellie across a post-pandemic America. However, Ellie caught the player’s attention: the teenage rebel girl, sarcastic, conflicted, but also funny, and very likable. In this sequel, we discover Ellie as the central character, a gay woman, and the first gay character in a mainstream video game. The actress Ashley Johnson, who is returning after the 2013’s success, plays Ellie incredibly. The game features many other returning characters, like Joel Miller, played by Troy Baker, his brother Tommy, played by Jeffrey Pierce, or Tommy’s wife Maria, played by Ashley Scott.
The Last of Us Part II is taking place in Jackson, Wyoming, five years after the events from The Last of Us. Finally, Joel and Ellie settled down in this town run by Tommy and Maria. We will not spoil your fun; suffice to say that an unfortunate violent event is setting off Ellie on a revenge crusade. This merciless journey is taking players to some dark places, as Ellie is confronted with the emotional fallout of her actions. The grim experience is balanced with moments of fun and intimacy, especially the scenes between Ellie and Dina (played by Shannon Woodward), her girlfriend. Their relation is wholesome, beautiful, and fun, something to remind us of our humanity and its meaning, the meaning of love and friendship, and the fragility of life.
The gameplay mechanics have improved and expanded compared with the previous game of the series. The character may evolve in the following three main classes: Survival, Crafting, and Stealth. To upgrade skills, players should collect supplements spread over the map. On the Survival branch, players may receive improvements on health, throw distance, and Listen Mode – a skill to locate foes due to an elevated sense of hearing, that in gameplay manifest as visible outlines through various obstacles like objects and walls. Players may use different weapons, and besides the diverse firearms available, they can craft and use improvised weapons. The Crafting branch brings improvements on crafting speed, and unlock new abilities as the one to construct stun bombs. In addition, there are some improvements to combat skills. The Stealth branch brings improvements on stealth and speed.
The Last of Us Part II is a heavy game, a tale of vengeance, much more than a tale of love. It is a video game that will leave an unforgettable mark on all players. It is a game like no other, a history-making video game that you must have!