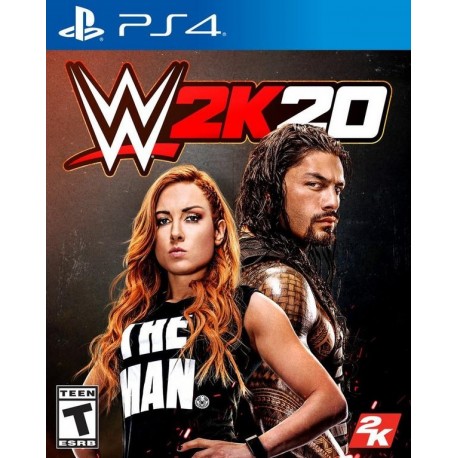 The ultimate sports simulator invites you to feel the thrill of experiencing the 2K matches of your life! Step into the so-called squared circle with the brand-new WWE 2K20 coming up this October! If you are a passionate player of sports games, then this choice of revisiting old acquaintances and meeting well-known stars will bring you the satisfaction you need. Your favorite legends will all be there, and you now have the opportunity to join the festivities with them!

WWE Superstars, Hall of Farmers, and the best of the best from NXT are there waiting for you to be brave and take the chance of deciding the winner. Be prepared to experience the rebirth of the WWE 2K franchise and also to relieve the feeling that celebrities are beside you. The blood pressure will be high, the adrenaline running, and the competition vibe can now run through your veins with feature key gameplay improvements. The streamlined controls are mind-blowing, and you can have the time of your life in the most frenetic and fun entry in the franchise to date. Being at the same time creatively expansive and also fizzling realistic matches, WWE 2K20 will rock your world.

The sports simulator will also have the newest 2k showcase you could ever imagine and it brings to life the famous legend of the Four Horsewomen evolution. The feminine power is at its best and comes along with this amazing storyline that makes you entrust even more in the amazing capabilities of women and their superiority. Moreover, their fearless skills can be challenged against male competitors in Mixed Tag Matches; hence WWE 2K20 gives you another chance to decide the champion in the battle of gender.

The return of 2K Towers is the feature that will bring you all the good memories that you have and help you find your resources and stamina in the deep potential that you didn't even know you had.

The all-new My Career feature gives you an enormous choice of male and female players among whom you can find your champion and raise and train them as you see fit, with the ultimate goal of putting your hand on that trophy of pride.

Find the power, the skills, and the courage to step into the fight and feel the connection with your inner beast that is hungry for success and desires to defeat themselves and well-known champions in the fight for honor and respect.