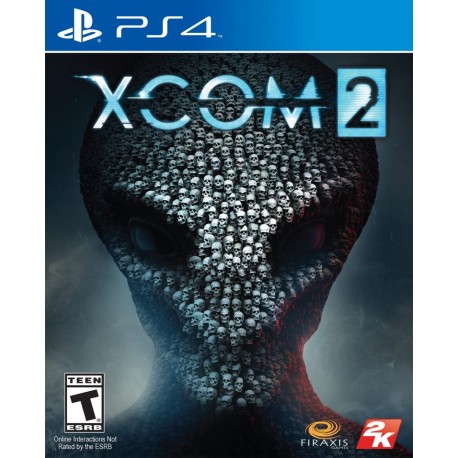 Pre-order and receive a bonus after checking out:
- XCOM 2 Dynamic Pre-Order Theme

Pre-order to Customize your squad of resistance fighters with a set of bonus outfits and head gear, as well as custom armor and face camo. Instantly unlock a survivor of the old war as a new recruit in your barracks.

Play on 09-06-2016, Midnight Eastern Time.
CANCELLATIONS AND REFUNDS ARE NOT AVAILABLE EXCEPT WHERE REQUIRED BY LAW.

Earth has changed and is now under alien rule. Facing impossible odds you must rebuild XCOM, and ignite a global resistance to reclaim our world and save humanity.

• XCOM ON THE RUN: Take command of the Avenger, an alien supply craft converted to XCOM’s mobile headquarters. You decide where to guide your strike team, how to grow popular support, and when to combat enemy counter-operations.
• RECRUIT RESISTANCE FIGHTERS: Five soldier classes, each with its own skill tree, let you create specific soldiers for your tactical plan.
• A NEW BREED OF ENEMY: A diverse cast of enemies offer a distinct tactical challenge.
• RESEARCH, DEVELOP AND UPGRADE: Use your Scientists and Engineers to research, develop and upgrade weapons and armor to fit your preferred tactics.
• EACH MISSION IS A UNIQUE CHALLENGE: Go on missions around the world, with virtually infinite combinations of maps, missions and goals.